We use a range of strategies to move forward when we are stuck.

We use our imagination and find new ways to do things.

We work carefully and diligently towards our goals.

We make connections with other skills and knowledge that we have.

Whitelands Park Primary School is one of three schools working in partnership under the Kennet School Academies Trust, governed by a board of directors.  The school itself is overseen by our governing body under the authority delegated to it by the Trust.  It is responsible for the strategic leadership of the school, for the school's financial and academic performance, for safeguarding our pupils and for holding the Headteacher to account.

Governors act collectively as the governing body, exercising their powers in a primary strategic leadership role; they do not get involved in the day-to-day running of the school.  Governing body can establish committees but members are not governors unless they are also members of the Governing Body.  Whitelands Park Primary School operates two committees that combined cover the work of the school and the responsibilities of the governors.  They are:

As well as attending governing body meetings, governors are expected to be a member of at least one committee and to engage in appropriate governor and school activities.  Governors also serve on various panels that decide on specific matters, such as grievance, complaints and staff appointments.  The Governing Body generally meets four times a year and each committee once a term.

Governors are appointed in a number of different ways:

All governors, except the Headteacher, serve for a term of office of four years but can be reappointed.

More detailed information on Whitelands Park Primary School's Local Governing Board, such as:

can be found on Kennet Schools Academies Trust page 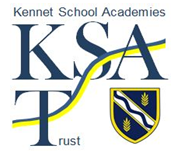